Pupils in Year 10 studying GCSE Music were very fortunate to take part in a Music Project in partnership with the National Eisteddfod. This was a composing project with the musician Lewys Wyn (main vocalist in the Welsh band Yr Eira). The pupils’ task was to create a piece of music that would be used during the opening production show in the Eisteddfod in Tregaron this August. The theme of this show was ‘Lloergan’ (Moon song) therefore the pupils had to reflect the stars / space in their composition.

To start the session the pupils listened to a short lecture from the Professor Huw Morgan from Aberystwyth University explaining the space element to their composition. The pupils had the opportunity to produce the composition with the pupils playing the drums, violin, guitar, singing and even some rapping!

This project was also being filmed by the company Telesgop, and some pupils took part in interviews explaining their part in the session. We look forward seeing the video on social media very soon.

A huge thank you to the Lewys and the Urdd for this amazing experience, we look forward to hearing the finished song very soon. 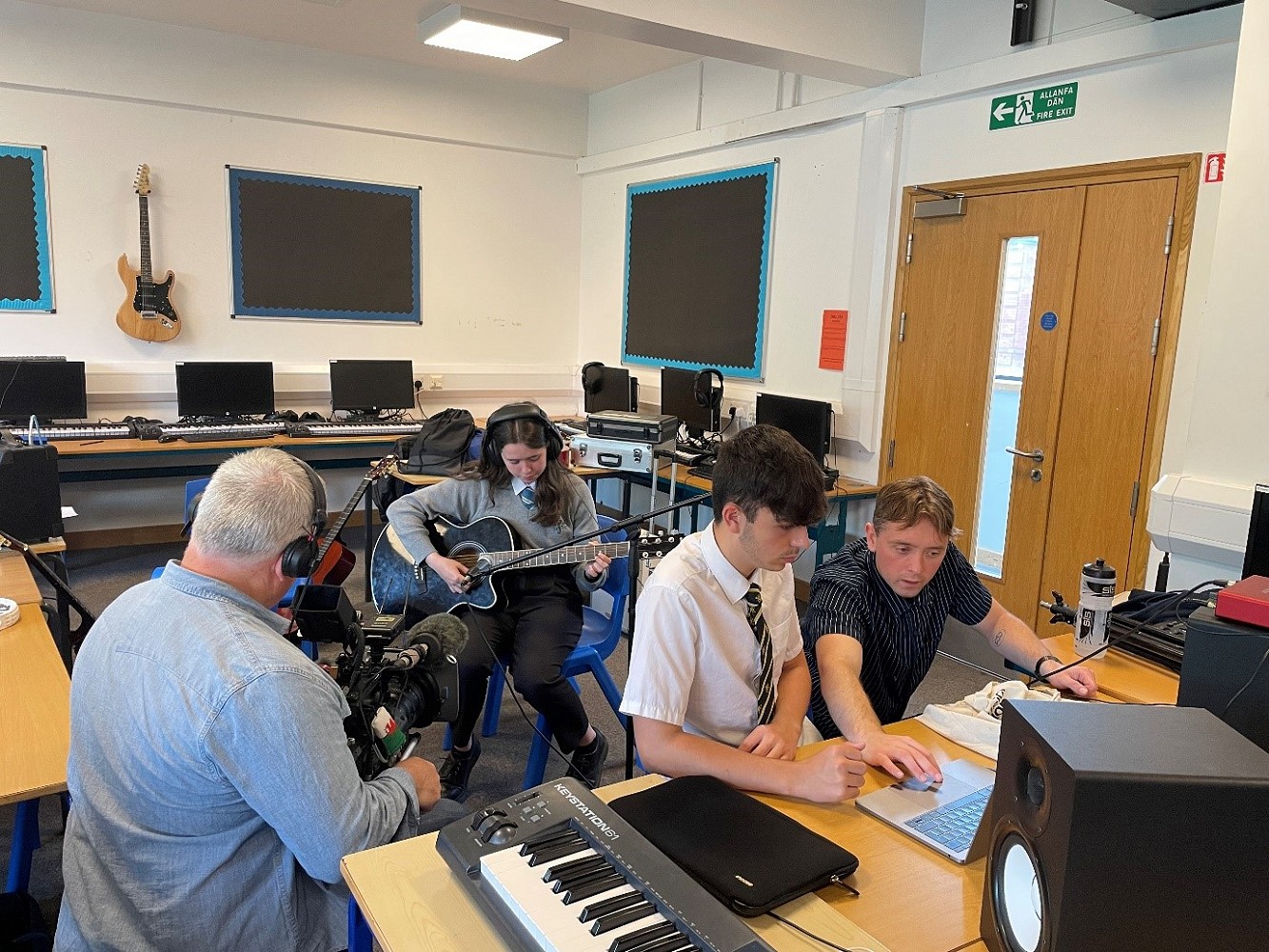